Dylan is a craftsman, intoxicated by language and enchanted by words. These are carefully selected from lists of rhyming and assonant words to star in his timeless poems; they are moulded and swapped from worksheet to worksheet until they find their final resting place.

Writing his most personal and one of his most famous poems, ‘Do Not Go Gentle Into That Good Night’, Dylan litters the tiny worksheets with various versions of the now familiar rhymes, making the words dance to his lamenting tune.

The same painstaking process is used as Dylan reads over his latest story, ‘Patricia, Edith and Arnold’. He chops and changes, blots out and biros in until he has a whole and perfect story.

Dylan is clearly a hard working poet, but it’s impossible to ignore the playful side of his personality. It reveals itself in the storytelling over a pint, in the comic prose
writings and in the doodles that decorate the letters and worksheets. 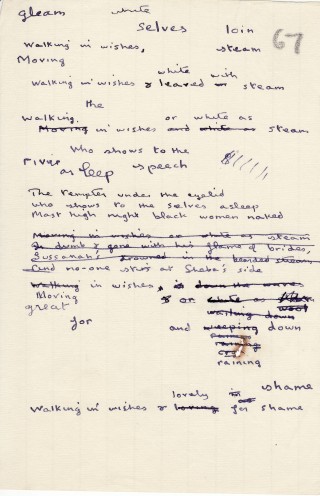 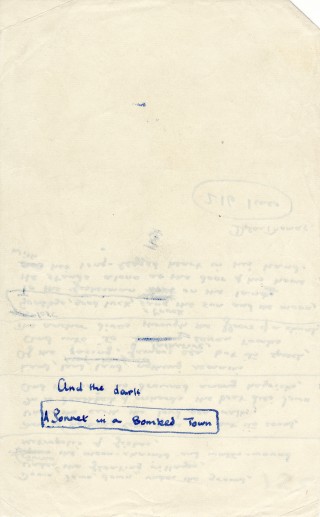 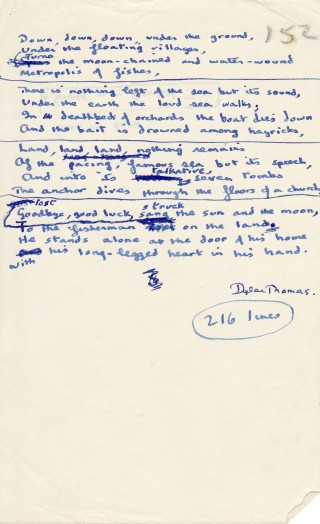 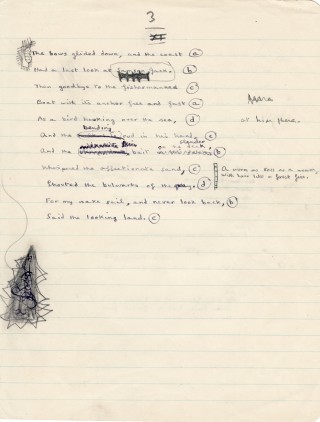 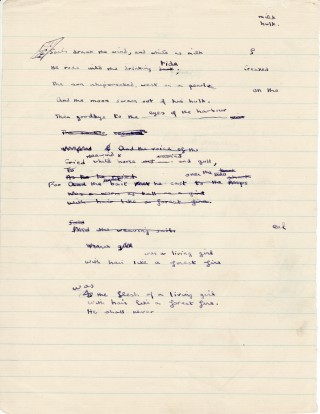 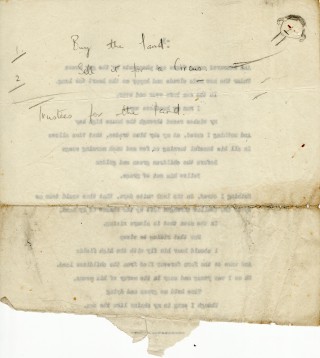 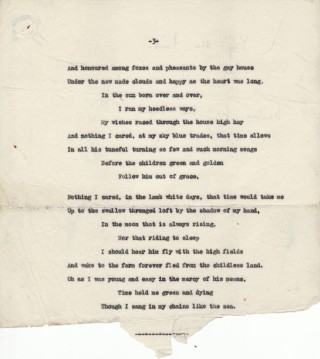 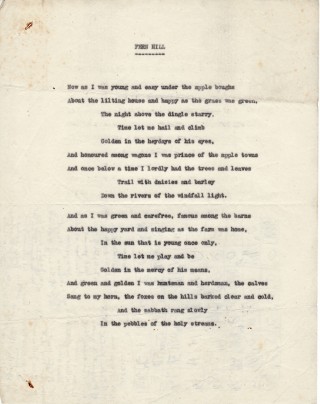 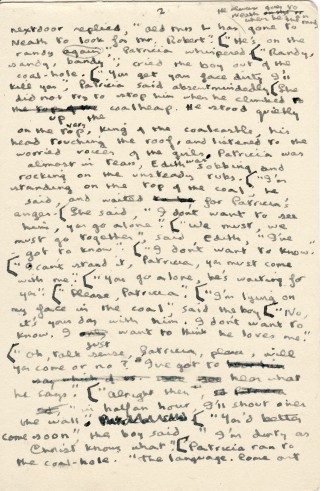 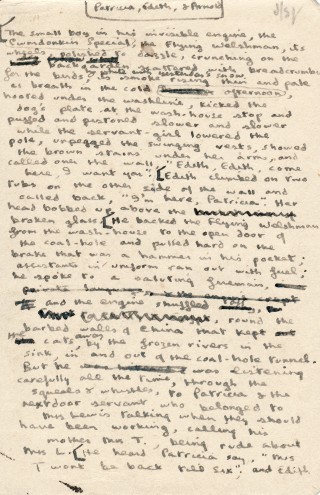 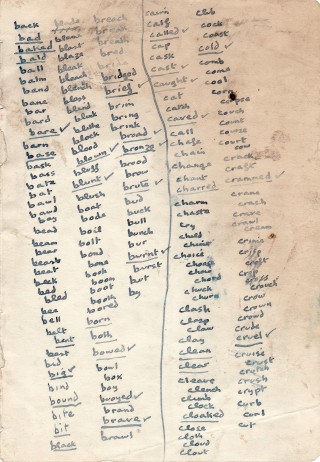 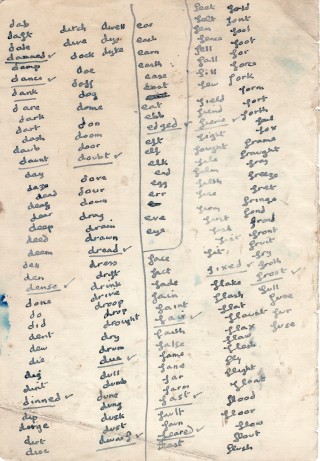 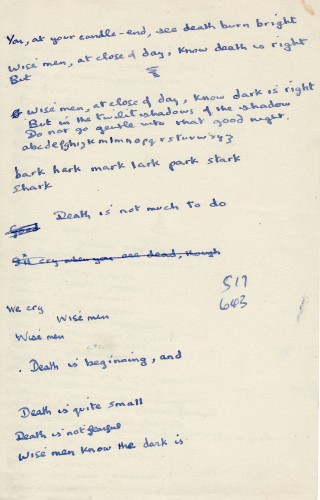 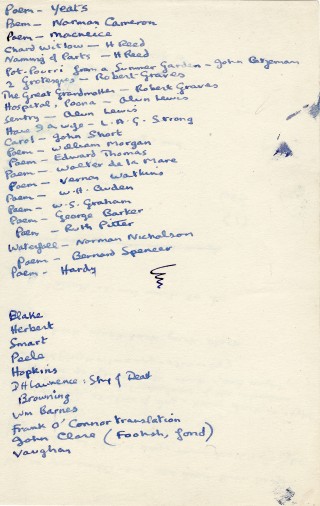 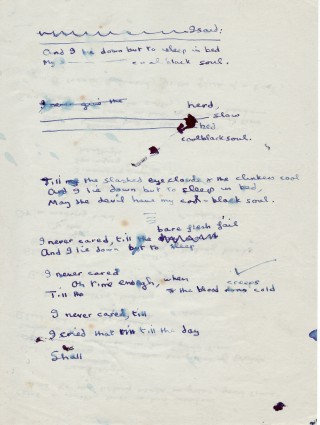 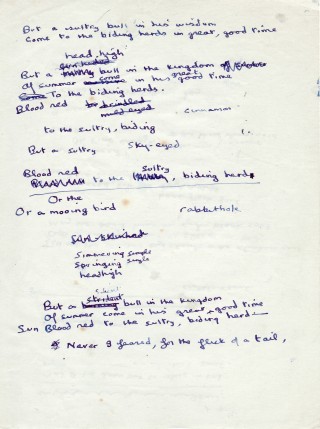 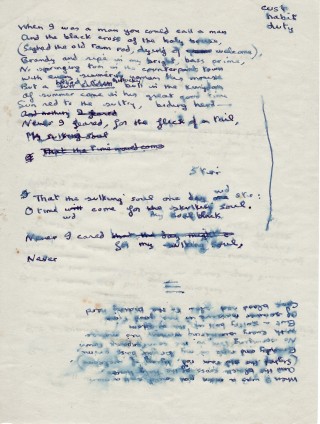 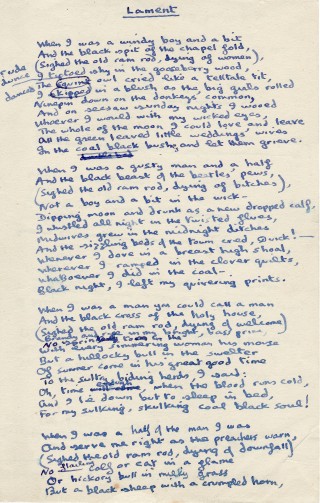 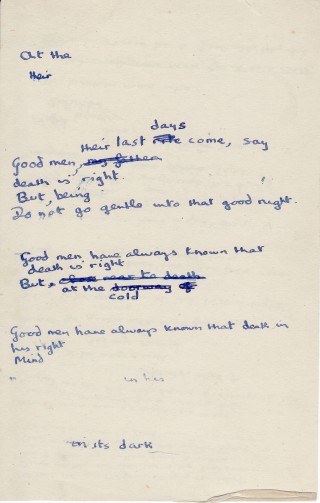 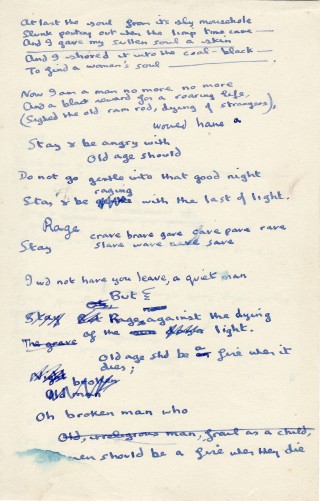 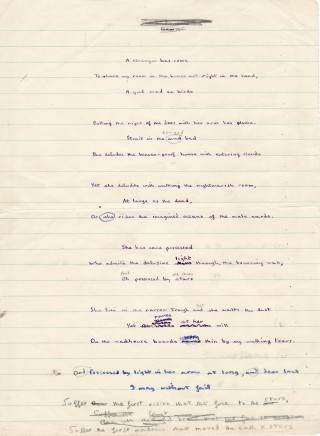 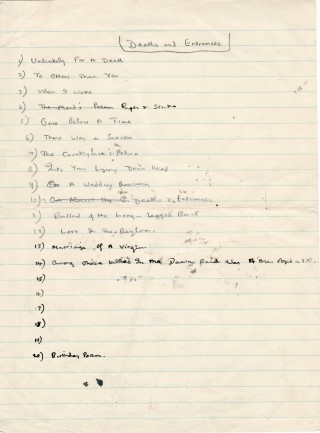 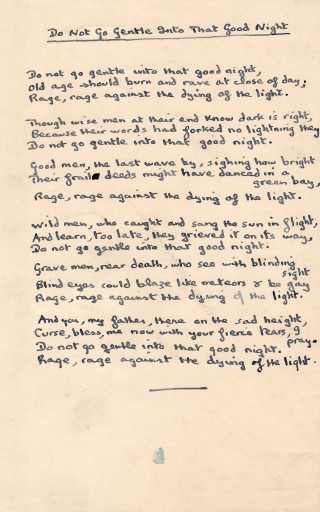