“I fell in love — that is the only expression I can think of — at once, and am still at the mercy of words, though sometimes now, knowing a little of their behaviour very well, I think I can influence them slightly and have even learned to beat them now and then, which they appear to enjoy.”

Dylan is best known as a poet, and he himself regards his poetry more important than anything else. Frequently spotted propping up the bar, Woodbine hanging from his mouth and a pint of mild beer in his hand, but more often than not, Dylan has a pen in the other hand, ready to jot down ideas for poems and stories.

According to his many friends, Dylan never writes under the influence. He is a meticulous, hard-working poet who conjures new words, and compiles vast word lists that he uses to find that perfect, elusive word. As a perfectionist, imperfect poems are discarded. Dylan’s least favourite poem, ‘Paper and Sticks’ is the only poem to appear in a volume of his work, only to be omitted later on in ‘Collected Poems 1934-1953’. Dylan uses poetry to communicate also, as in his ‘Letter to Loren’, an eleven page letter written entirely in prose-poetry.

His later poems are described as his finest poetry – or “miracles of creation” as Vernon Watkins remarks – poems such as ‘Poem on his Birthday’ and the unfinished ‘Elegy’ to his father. Both are composed in his Writing Shed looking over the Taff Estuary and will later form part of his archive in the Library. 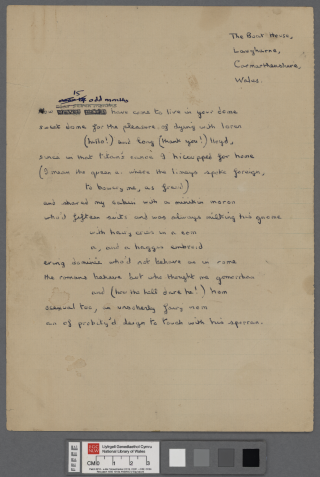 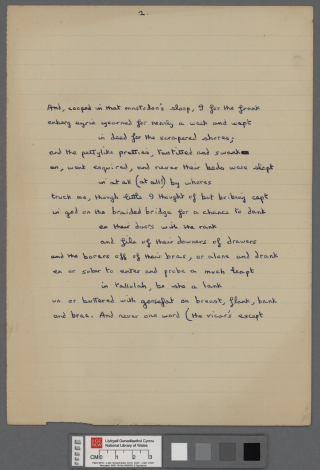 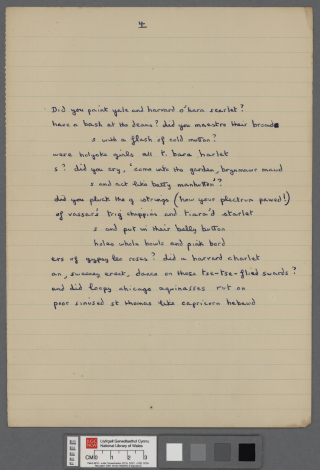 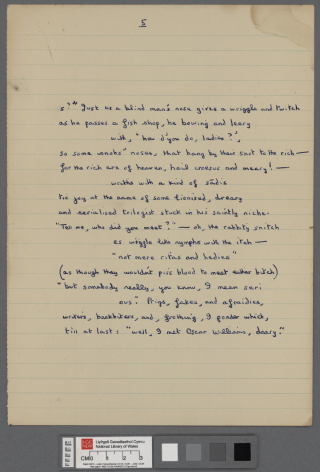 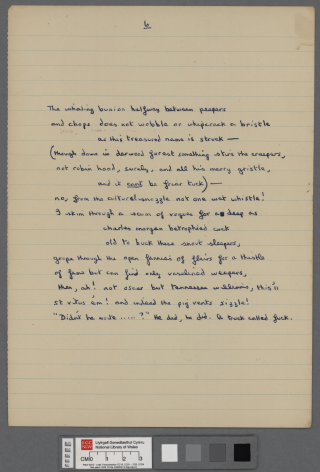 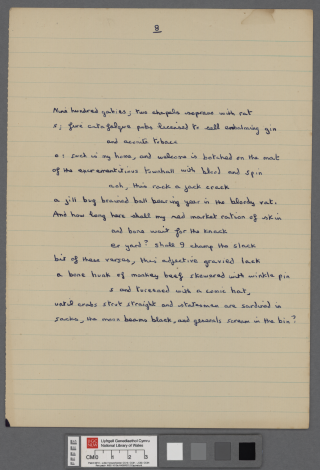 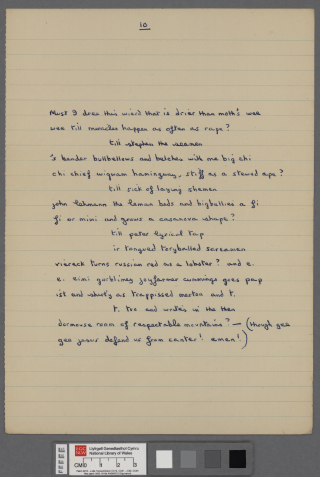 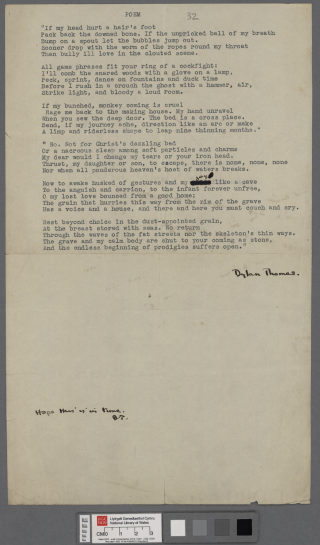 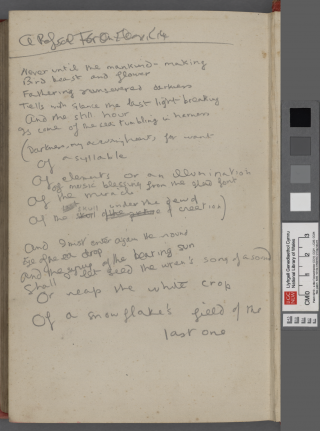 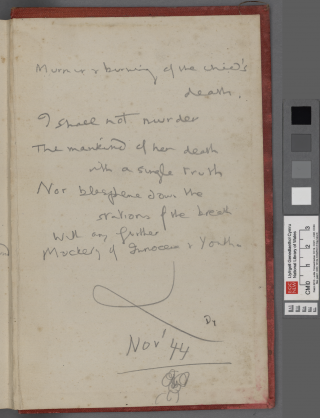 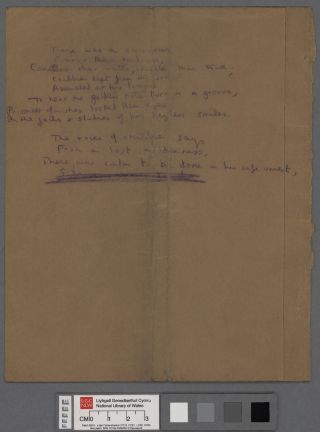 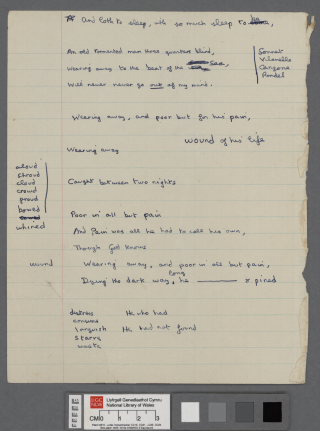 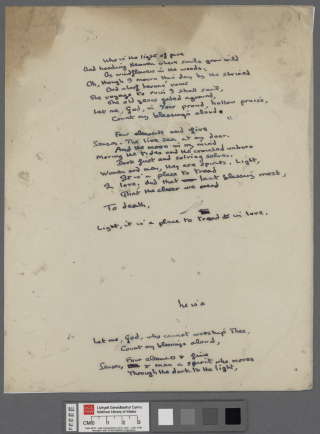 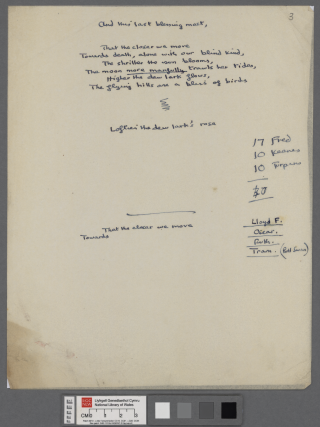 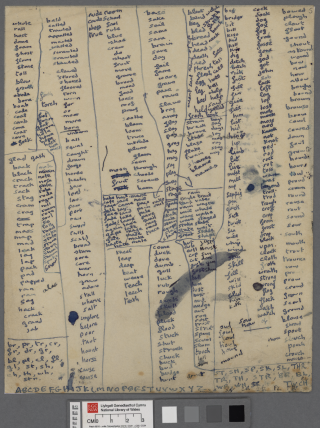 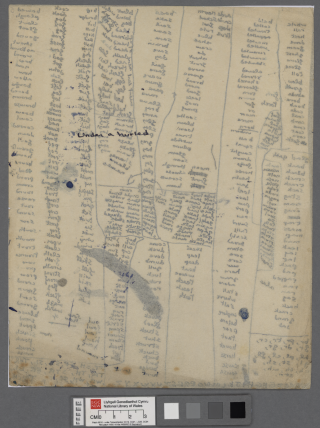 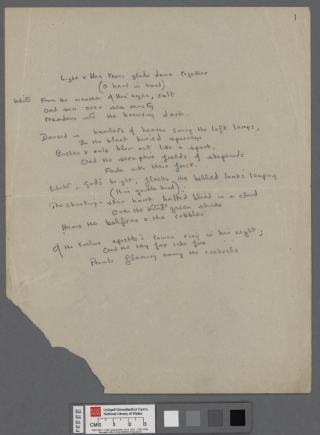 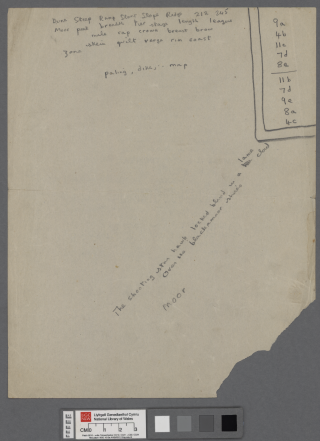 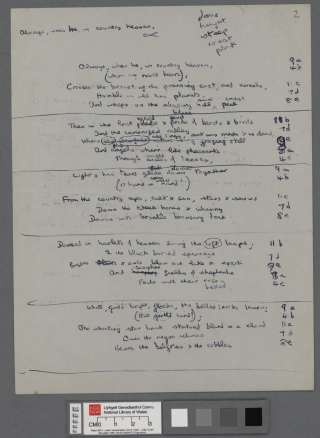 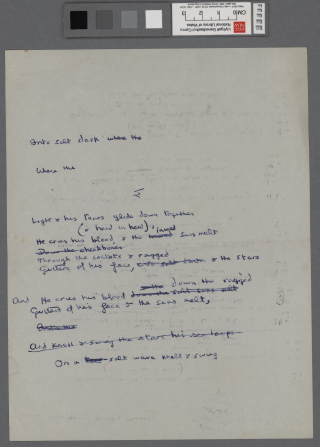 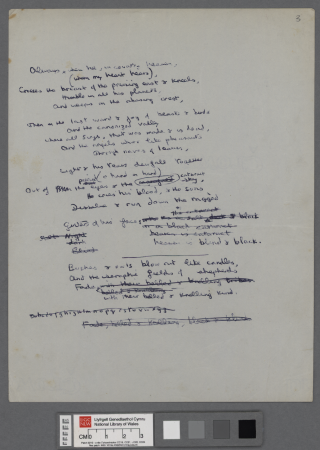 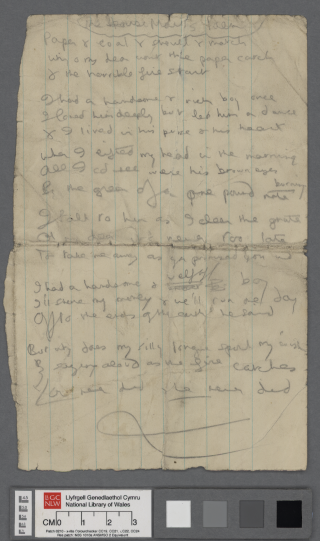 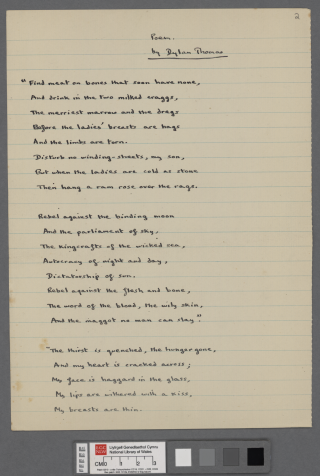 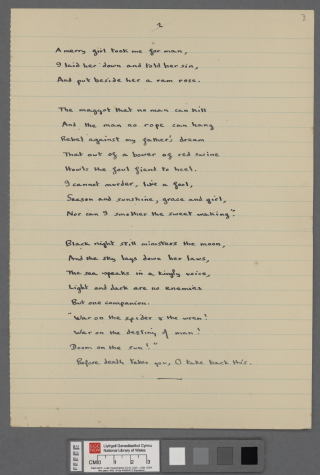 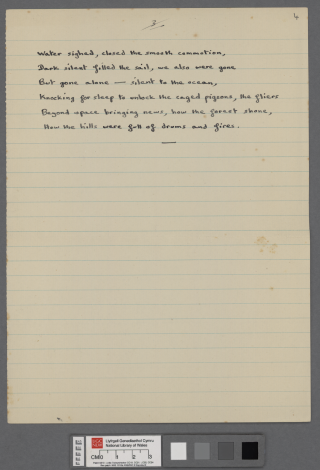 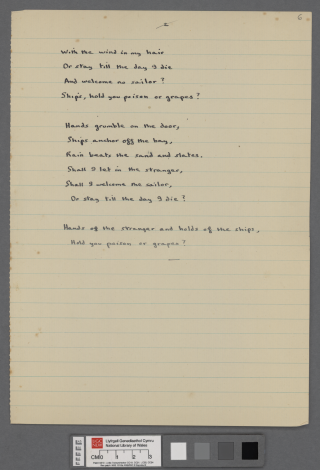 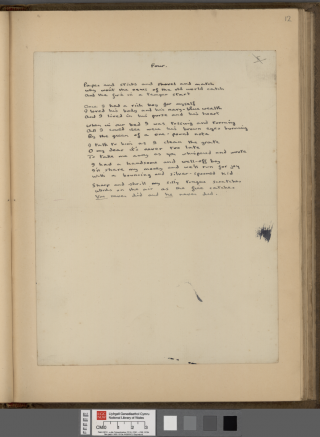